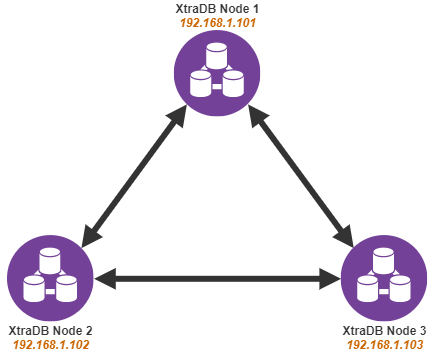 The three nodes are in the same lan segment and if any of them goes of or have a failure, the alive nodes communicates between them without problems.

Now, i need to deploy a distributed setup like this: 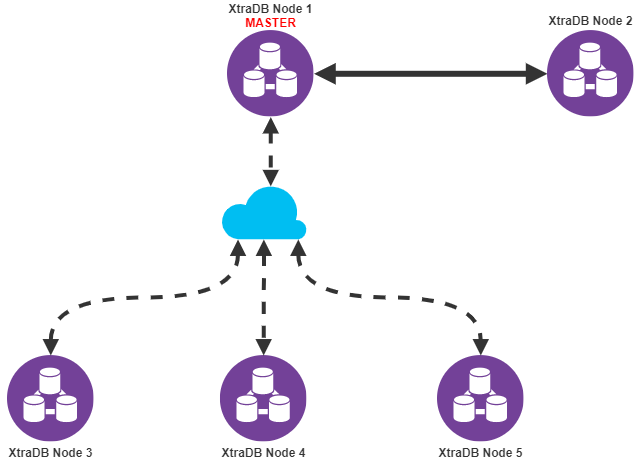 In this scenario, node 1 and 2 are locally connected in the same lan, but rest of nodes are distributed around country.

I need a centrallized “master” node, in this case node 1 that acts as a orquestrator or synchronizer between “slave” nodes. I dont want that slave nodes can communicates between them, they only can communicate to master node.

This is possible to achieve with XtraDB cluster?

Percona XtraDB Cluster (PXC) is based on multi-master at its core, and generally requires connectivity among all cluster members.  In addition, as it uses a synchronous protocol, performance can really suffer when network latency is high (as you could expect with distributed cluster members). Your intended setup doesn’t seem like it will work well with PXC.