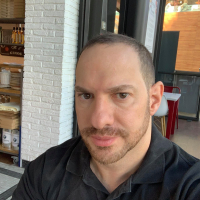 We have a Percona XtraDB MySQL cluster with 3 nodes, and we have ProxySQL set load-balancer mode.

On the 3 nodes, we are forcing synchronization using wsrep_sync_wait=7

We want to add a new node to the cluster, I will call it Node 4, it is easy to add it to the current 3 node Percona XtraXB “MySQL” cluster but I don’t want Node 4 to serve any traffic, then we are modifying the shell script “Scheduler” which the ProxySQL uses to check the nodes, ProxySQL will be ignoring the IP of the Node 4, that way ProxySQL is unaware of the existence of Node 4, and traffic will not be sent to it.

Node 4 in in the same datacenter than Node1-3 but it is in another VLAN, then there is a bit of delay/lag, because of that I am thinking in not having the flag “wsrep_sync_wait=7” for Node 4.

Node 4 beside being part of the cluster, I would like to setup as a “master” enabling the log-bin, traditional MySQL configuration (Master - Slave)

On another data center, not that far from where is our Nodes 1-4, I want to have a new node running Percona MySQL single instance “Node 5”, and it would be configure as a slave, pointing to its master Node 4.


Any advice or suggestions?